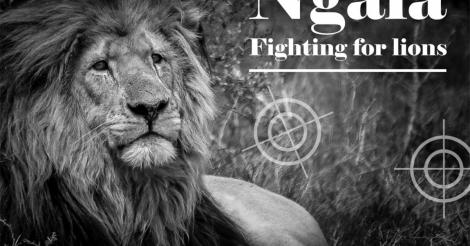 “A film to wake people up so actions can be taken before humans make lions extinct. #NGALAfilm”

The film funding is being sought via Indiegogo’s platform

It sounds like this film’s message is needed now more then ever and must be made.

“Ngala is a documentary film which has been in development for over a year and is centered around Lion conservation and Lion status. We certainly know of recent films such as Blood Lions but this film takes a different perspective. Situations such as the Cecil killing has brought masses of attention to this particular subject which is important and our documentary hopes to continue the debate while the practice is still legal for any number of reasons which Ngala will investigate and expose both for and against.”

One thought on ““NGALA, Fighting for Lions” Film Funding”