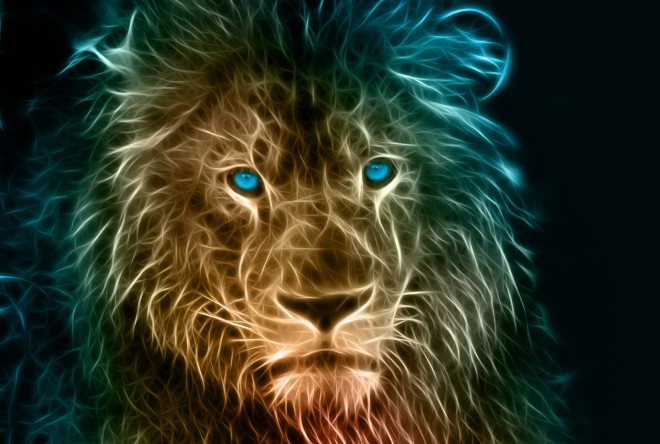 CITES(1) (Convention on International Trade in Endangered Species of Fauna and Flora) has been in force since 1975, it now has some 181 signatory States.

The seventeenth regular meeting of the Conference of the Parties to CITES (CoP17) is scheduled to be held in South Africa, September 24 to October 5, 2016.

IWB and others are calling on respective governments (Petition UK Government) to enhance the protection of African elephants, white rhino and African lions (other species could also be added if the evidence supports it).

At the moment, CITES Appendix I protection for the subject species (African elephant, white rhino and African lion) is as follows(2):

Note: Despite a ban on the international trade in ivory, African elephants are still being poached in large numbers. Since 1979, African elephants have lost over 50% of their range and this, along with massive poaching for ivory and trophies over the decades, has seen the population drop significantly. Back in the early part of the 20th century, there may have been as many as 3-5 million African elephants. But there are now around 500,000 – Source: World Wildlife Fund.

Source: Save the rhino

Note: Lions are in crisis(3). “Because lions are uniquely visible to tourists there is a false impression that they are not endangered. The opposite is true: they are disappearing in plain sight. From an estimated population of 200,000 across Africa a century ago, and 30,000 a decade ago, as few as 20,000 lions may now roam free in the entire continent. Their numbers have been devastated by loss of habitat and wild prey, poaching, conflict with farming communities, unsustainable legal hunting, and emerging threats including the use of lion bones in traditional Asian medicine. Lions are being killed daily in Africa” – Wild CRU.

Note: In March 2015, Australia(2) introduced stricter domestic measures to treat African lions as though they are listed on Appendix I of CITES, so why can’t this be done in the UK, USA and other concerned countries?

The call is for CITES Appendix I protection for all three subject species, with no exceptions. This is called for to support the dwindling wild species evidenced. Therefore, submissions need to be prompted by CITES member countries calling for such action and transfer to comprehensive Appendix I listing.

EU regulations require each member state to designate a management authority (MA) and at least one scientific authority to oversee matters concerning CITES. In the UK, that falls to Department for Environment Food & Rural Affairs (Defra)(4). DEFRA communicates with the CITES Secretariat, European Commission and others and provides information to the public and trade to ensure compliance.

IWB has written to The Rt Hon Elizabeth Truss MP, Secretary of State for Environment, Food and Rural Affairs to ask what the United Kingdom will be doing to protect engendered and threatened species, particularly with the forthcoming opportunity to make a stance at the Conference of the Parties to CITES (CoP17) in 2016.

In the USA CITES communication falls to the US Fish and Wildlife Service(5), with relevant comments to US FWS closing on 26 October 2015. The African lion has been proposed as an addition to the Endangered Species Act list, but the U.S. Fish and Wildlife Service has yet to ‘finalise’ the designation (and the process can take over a year to complete).

“Cecil’s Law” is the moniker of a bill introduced by a group of U.S. Senators in July 2015, named in honour of Cecil the lion (may he RIP). The “Conserving Ecosystem by Ceasing the Importations of Large (CECIL) Animal Trophies Act,” has the intent to extend current U.S. import and export restrictions on animal trophies to include species that have been proposed for listing as threatened or endangered under the Endangered Species Act. Current U.S. law only provides protection for species whose status on the list has been finalised by the U.S. Fish and Wildlife Service. The CECIL Act would ensure that species under consideration for protection are also covered by trophy import restrictions by default. The adoption of CECIL’s law would be a welcome step in the right direction and a statement of intent.

Species+, developed by UNEP-WCMC and the CITES Secretariat, is a website designed to assist Parties with implementing CITES, CMS and other multilateral environmental agreements (MEAs)

(5) US Fish and Wildlife Service (US FWS)