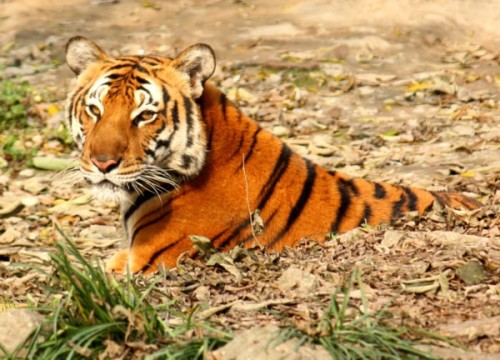 There are as few as 3,200 wild tigers left, occupying a range of less that 6% of their historic range (and the tiger is now declared extinct in many previous home ranges). However, there are over 7,000 tigers held captive across swathes of Asia – China, Vietnam, Laos and Thailand.

But these tigers are not bred out of some devotion to conservation, but are bred to supply (and profit from) an increasingly ludicrous “widespread demand for luxury products in China and among Chinese visitors to Laos and Myanmar – tiger skin rugs as home décor, tiger bone wine as a prestigious gift, tiger meat as an exotic delicacy, tiger teeth and claws as charms.” 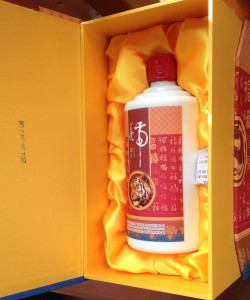 The poaching of wild tigers is driven by this same insatiable and unjustifiable demand:

“China’s experimental trade in the skins of captive-bred tigers has done nothing to relieve pressure on wild tigers. Quite the opposite, it has perpetuated the desirability of tiger products and kept the poachers in business acquiring cheaper parts and derivatives from the wild” – Environmental Investigation Agency (EIA)

Figure 2 – Example of tigers poached in India and trafficked to China.

In 2008, CITES decision 14.69 sought to provide ‘guidance’ to phase out tiger farming (specifically across China, Vietnam, Laos, Thailand). But, a 2014 study conducted by IUCN, TRAFFIC and WWF reported to CITES that the illegal trade in specimens sourced from captive tigers had increased!

In 2015, China’s State Forest Administration stated to CITES that “it did not have the capacity [or will it would seem] to monitor the trade in captive-bred tiger specimens.”

Why did a United Nations treaty put China’s State Forestry Administration (SFA) — the very agency that promotes tiger farming and helped build some of those wineries — in charge of the Asian Big Cat Working Group, which is charged with assessing what’s going on with the world’s captive tigers? – “Why is the ‘Fox’ in Charge of the U.N. Tiger ‘Hen House?‘” J.A. Mills, Annamiticus, 12 April 2016.

There are many Chinese companies, such as Sanhong (tiger bone wine, skins, claws and other ‘medicinal’ products) in China exploiting the lax attitude to wildlife and not just tigers. Other Asian big cats such as snow leopards, leopards, clouded leopards and Asiatic lion are being targeted too.

In February 2016, Australia’s, The Sydney Morning Herald reported how DNA tests run on a Chinese-manufactured ‘medicinal product’ found it contained snow leopard, even though snow leopard was not on the ingredient list of the product imported into Australia.

“There are less than 7000 snow leopards left in the wild, as few as 2500 of which are believed to be breeding.” 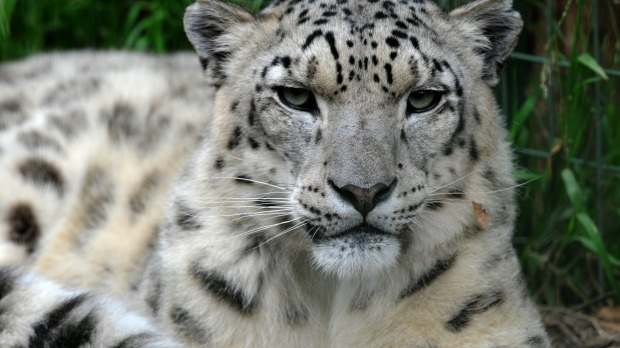 The generic term ‘Os Pardis’ is often used to refer to leopard bone on the ingredient lists of traditional Chinese medicine products, a taxonomically meaningless term to disguise the deceit. This misrepresentation raises all sorts of questions about China’s commitments to end the trade in Asian big cat parts and derivatives – where is the industry sourcing its raw materials from? How is the Chinese Government monitoring the industry and the mislabelling of products for the export market?

A number of Chinese laws relating to ecosystems and the environment have recently been under the scrutiny of the National People’s Congress to ensure they are compatible with the promotion of an “ecological civilisation:”

“implement the protection of rare and endangered wild animals and plants”, and, through revision of relevant laws and regulations, to “guide, regulate and restrict the exploitation, utilisation and conservation of natural resources” and “promote a shift towards economical, green, low-carbon, civilised and healthy habits in agriculture, food production, housing, work and travel; and to resolutely reject and oppose all kinds of extravagant, wasteful and irrational consumption.”

China’s Wildlife Protection Law (WPL) is currently undergoing its first major revision in 26 years since it came into force in 1989. There was hope that this would signal a crackdown on poaching and wildlife trade. However, the draft amendment (‘Draft Revision’) to the WPL, under public consultation, states that wildlife can be used in the manufacture of Chinese traditional medicine, healthcare products and food for profit.

The Draft Revision of China’s Wildlife Protection Law (WPL) refers repeatedly to the “utilisation” of wildlife and explicitly proposes that wildlife may be utilised in traditional medicine, health products and as food. There is a clear contradiction between China’s stated “ecological civilization” objectives and the Draft Revision.

Chinese law prevents the killing and sale of protected species, with Premier Xi Jinping recently pledging to enact “a near complete ban” on the import and export of ivory. 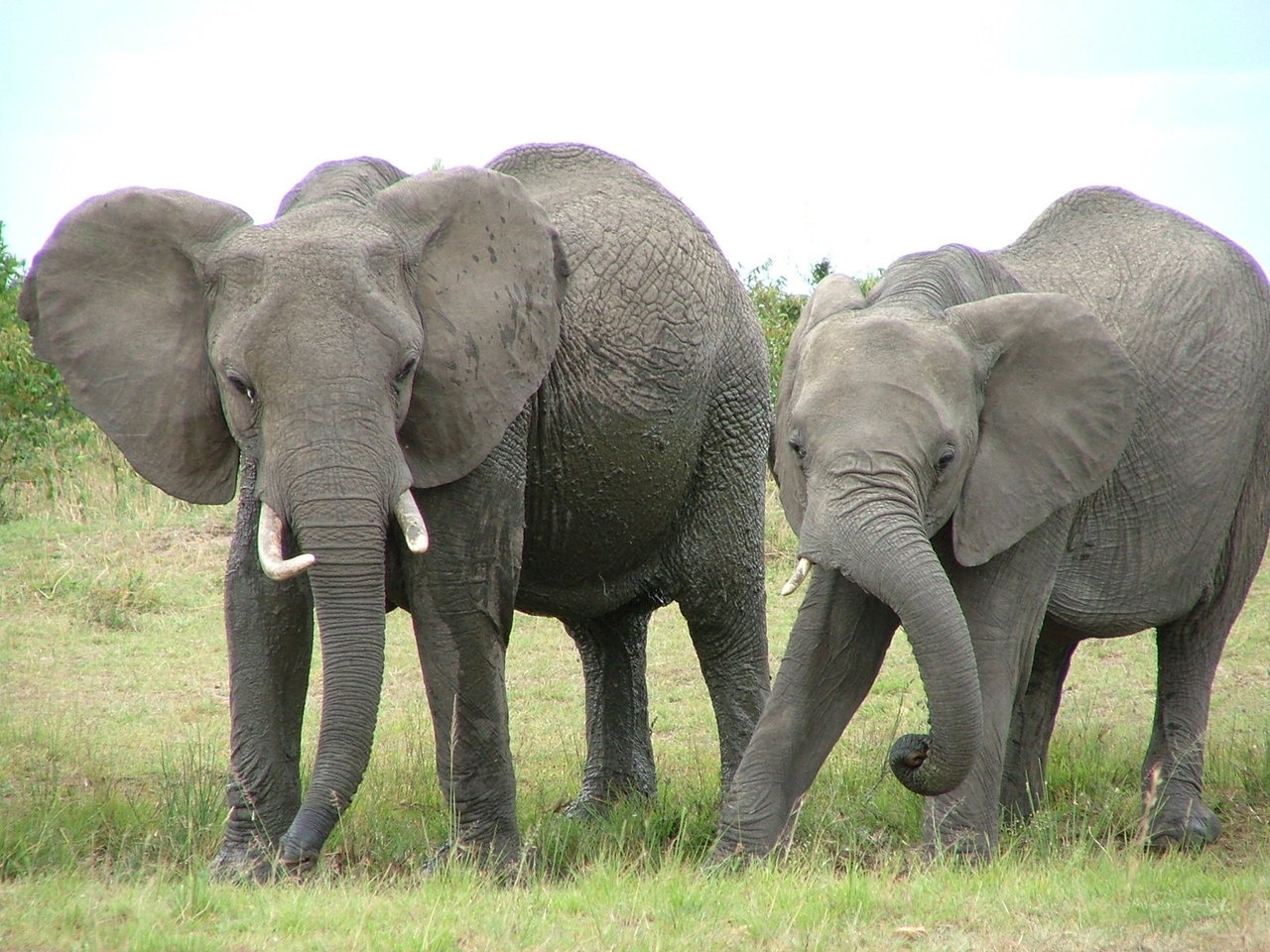 In September 2015, an “historic accord” was signed between the United States’ President Barack Obama and China’s President Xi Jinping, agreeing to end commercial ivory sales in the United States and China, plus comprehensive efforts to combat wildlife trafficking. We will see if China fulfils its pledge, but the signs and optimism are not good.

It should be obvious to anyone, such a redraft of the WPL in China is intended to facilitate the exploitation of wildlife and ‘legalise’ the trafficking of wildlife. President Xi Jinping’s pledge of September 2015 might be a hollow deceit.

As part of this general overhaul, on December 30, 2015 the proposed Draft Revision to China’s WPL were circulated for public comment (EIA’s translation of proposed changes given here).

Government authorities are ‘required’ to consider formally submitted comments and to prepare further drafts, but there is no guarantee the public will see them again before the revisions are adopted:

“There was a furious backlash from Chinese academics, lawyers, biologists and NGOs as the proposed revisions, if adopted, will take China’s Wildlife Protection law and regulations in the wrong direction.” Examples of some of these comments and critiques can be read at the links below – Reference Sources given below – Annamiticus, 4 April 2016

We all must be extremely disappointed and concerned to see that the proposed revisions to China’s WPL:

“…are moving in the opposite direction from an “ecological civilisation”, specifically in terms of tiger conservation – missing a major opportunity for China to follow best practice and demonstrate real leadership” – Environmental Investigation Agency (EIA)

The currently proposed Draft Revision to China’s WPL would instead:

“…further entrench policies of captive breeding for commercial use of parts and derivatives of captive tigers. Further, they would decrease the level of oversight at the central level of Government, deferring responsibility for managing breeding and trade to Provinces that have already shown a willingness to contravene an existing State Council Order.”

Since China’s State Forest Administration admitting to CITES in 2015 that it does not have the capacity to monitor possession of tigers in captivity, the administration has been unable to report how many permits have been issued for the trade in the skins of captive-bred tigers. This increases the risk of trade and demand for tiger parts and products spiralling even further out of recoverable control.

There is no sign within the Draft Revision that China is planning to reverse this threat to wild tigers, seize the moment and stand alongside India, Nepal, Bhutan and Russia to place a greater emphasis on wild tiger conservation. 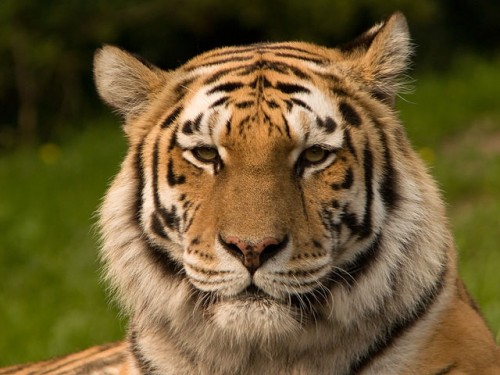 Tiger populations are showing signs of recovery in countries that do not breed tigers for trade in their parts and derivatives. On wildlife issues, China is sadly showing a lack of understanding, compassion and equal compatibility on the international stage (despite pledges to the contrary), so to South Africa with regard to the exploitation of tigers and its wildlife.

The formal period has closed for comment on the Draft Revision, but it’s not too late to send a letter in English to the Chinese Embassy in your country, or in Chinese to the NPC at The Legal Committee of National People’s Congress, No. 1 West Avenue, Xicheng District, Beijing, China 100805.

Please, let’s send out the message, that animal exploitation is not acceptable no matter how well it’s contrived and hidden within any given ‘law.’

EIA has translated a number of articles in the Chinese media and elsewhere responding to the proposed changes in the Wildlife protect Law. Each translation includes a link to the original Chinese language article.

3 thoughts on “China’s Wildlife Trade is Out of Control”