Saturday, 30 April 2016 will be remembered as a complex day for wildlife:

President Uhuru Kenyatta affirmed (30 April 2016) Kenya’s commitment to push for the total ban on ivory trade at the 17th Conference of Parties (CoP 17) meeting of the CITES Convention in Johannesburg, South Africa in September 2016.

“Uhuru Kenyatta said he already had the backing of several other African countries for the plan, aimed at stamping out poaching and putting ivory out of circulation for good.” – The Daily Telegraph, 29 April 2016

On Saturday, 30 April 2016, Kenyan President Uhuru Kenyatta set fire to a huge stockpile of confiscated ivory, that some estimate will take a week for the fire to consume all the ivory.

More than 100 tonnes of ivory (worth an estimated £70m) and 1.35 tonnes of rhino horn was stacked up in pyres in Nairobi National Park in a symbolic gesture to show Kenya’s determination and commitment to saving African elephants and rhino. The ivory/horn burnt represents nearly the entire stock confiscated by Kenya, amounting to the tusks of approximately 6,700 elephants and 450 rhino executed by poachers in the name of greed.

The debate is whether such symbolic burnings increase poaching to satisfy demand for ivory, but at least it shows the contempt and distaste there is for the poachers that mercilessly hack down animals for ivory (rhino horn etc.), the traffickers that profit from the illicit trade, not to mention the despicable end client that seeks to display their ‘wealth’ (read ignorance, narcissism instead) by ownership and consumption of the product derived from death, deceit and inhumanity.

Ivory poaching, trading and trafficking was once under control in recent living memory – in 1989/1990 CITES introduced a ban on all ivory trade and ‘uplisted’ the elephant to CITES Appendix I status. The only way to perhaps return some semblance of control, is to reintroduce a complete ban on all ivory trading by CITES (including the deluded notion of ‘noble’ trophy collectors/hunters) – the same applies to rhino horn……

The sun blessed the march as it progressed to Whitehall, London to deliver a letter to United Kingdom (UK) Prime Minister, David Cameron calling on swift action to curtail lion trophy imports into the UK (and follow the lead set by France, Australia and more recently, The Netherlands – with a ban on importing over 200 species of animals including rhino, elephant, cheetah, hippo and polar bear).

The letter signed by leading NGOs, world renowned scientist Stephen Hawking  (and many other patrons, celebrities etc. – see References below) was hand delivered to Downing Street by the Born Free Foundation  founder, Virginia McKenna OBE, who gave an impassioned speech from a stage in Whitehall before stepping into Downing Street.

LionAid patron, James Cosmo (actor; Braveheart, Highlander, and Troy as well as television series such as Game of Thrones) spoke passionately about the “crimes” of Trophy Hunting against humanity’s legacy.

An excellent, well organised/attended (including Jean Lambert, London’s Green MEP) and thought provoking march, warmly supported/applauded by the London public the march passed by – more photographs at the end of this article.

The letter delivered to The UK Prime Minister David Cameron was been signed by:

After South Africa rejected rhino horn harvesting (for now) proposals last week, to legalise farmed rhino horn trade, we have reports that Swaziland is proposing the very same proposal at CoP17 in the absence of South Africa taking their proposal forward.

“This proposal is for Swaziland to sell existing stocks of some 330 kg to a small number of licenced retailers in the Far East and also to sell harvested horn, at the rate of 20 kg p.a., to those retailers. The proceeds from the sale of stocks will raise approximately $9.9 million at a wholesale price of $30,000 per kg.”

The proposal states, “Swaziland was expecting South Africa to submit a rhino horn trade proposal to CoP17 and was ready to support it. However, Swaziland was informed on 21st April, 2016 that this was not going to happen. That decision gave rise to this proposal by Swaziland at the 11th hour” – What a nonsense, perpetuating the rhino horn trade and supposedly investing in anti-poaching measures, to counter the very same perpetuated rhino horn trade/poaching Swaziland seeks to encourage!

“It is with great sadness that we announce the passing away of Bev Pervan, co-founder of CACH, avid animal activist, beloved friend and mentor. Bev left us this morning at 4.30 AM, after a long battle with illness “ – Faye Peeters, Campaign Against Canned Hunting (CACH) 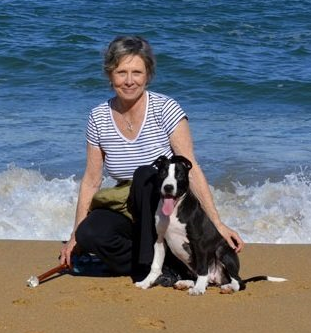 Beverley was co-founder of the Campaign Against Canned Hunting (CACH) with Chris Mercer, dedicating her life to wildlife advocacy, wildlife rehabilitation and care – “Kalahari Dream” recounts the couples adventures in 1998 to establish (against authority obstacles) and run a rescue wildlife centre under the vast Kalahari skies.

Recently, a new wildlife centre has emerged in the form of the Karoo Wildlife Centre, South Africa established by Beverley and Chris (and their dedicated team).

Beverley has been (and will always remain) an inspiration, guide and mentor for many – Bev will be sadly missed.