“For the Yulin dog meat festival, dogs are stolen from their owners, then beaten or bled to death. They’re hung upside down from hooks, a slit cut from their anus and skin ripped off their bodies, then sold to be eaten” – Avaaz

“Much of the world sees dogs as their trusted companions, but in parts of Asia they suffer terribly as victims of the trade in dog meat for human consumption” – Humane Society International 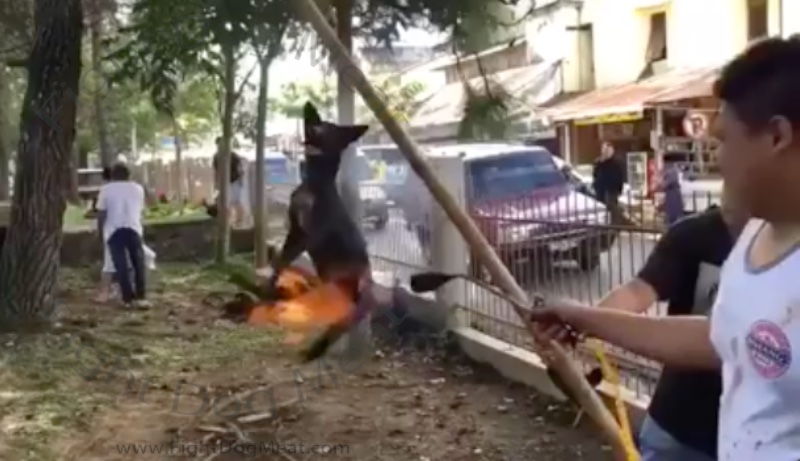 Picture – A fully conscious dog is burnt alive for ‘dog meat,’ and no one comes to help – can these acts of barbaric human behaviour go on being ignored? – www.fightdogmeat.com

Petition – “Dogs are immobilized before being skinned alive and cooked for their meat – China, 21st century!“

The forthcoming Yulin “Dog-meat” Eating Festival is one such event where mankind’s once “trusted companions” are killed for human consumption. Dogs and cats are inhumanely bred/stolen, transported in cramped and inhumane conditions, the animals are then brutally killed at the festival by humans lacking any compassion. It is estimated between 10,000 and 15,000 dogs (and cats) suffer this fate during the 10 day festival. 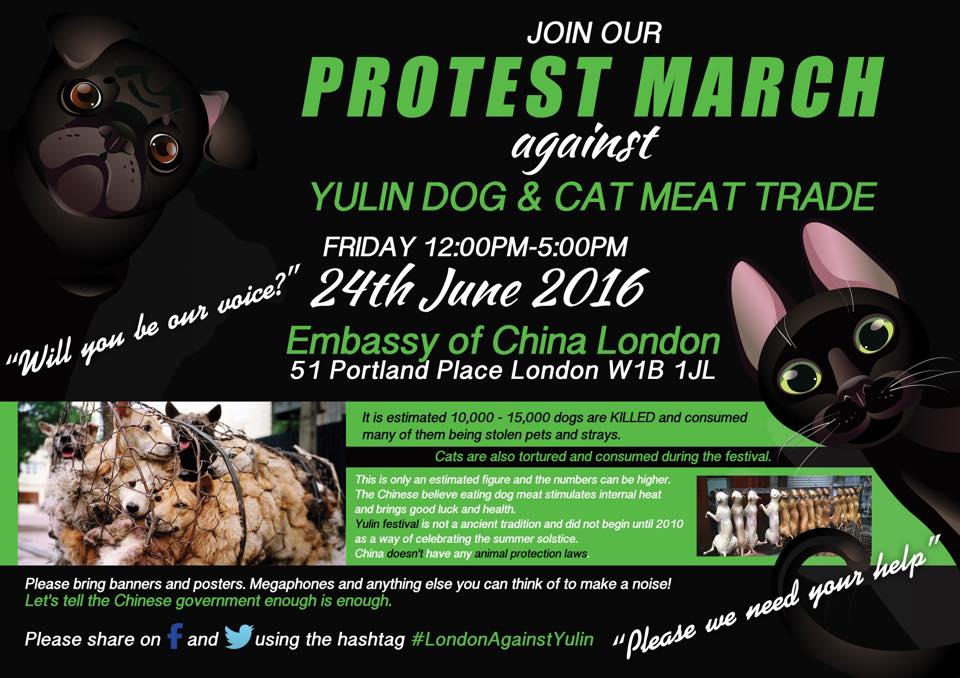 The Yulin festival has no traditional, or historic roots in Chinese culture. It is purely a cruel, barbaric animal exploitative money making enterprise dreamt up to increase attention for the city of Yulin.

“Around 1995, Yulin, a city in south-west China’s Guangxi province created the festival to boost the local economy. To promote the importance of the festival, they claimed that they were honouring China’s long history of eating Dog. What they never envisioned was the worldwide debate and subsequent condemnation for their money making scheme” – Wildlife Planet.net

Even ‘traditional’ animal killing festivals can be halted as recently witnessed in Nepal.

So, the protest against “Yulin” begin once more and the attention craved by the creation of the ‘festival’ has indeed been turned against Yulin; thus tarnishing the whole of China with yet more world-wide condemnation of China’s on-going animal abuse.

Dogs killed and traded being transported

Protests are taking place against the dog meat trade in China

May 14, Dalian China: A government organized annual event was used by animal activists to speak against the country’s… notorious dog meat industry. More than 100,000 people and hundreds of dogs in Northeast China’s Dalian attended the event. VShine, Humane Society International (HSI) partner group in China, gathered 300 volunteers with their dogs at the event. The banner they displayed and read “Legislate Animal Protection; Punish Dog Theft; Outlaw Dog Meat Trade” was a call for the authorities to listen to the overwhelming public opinion against the dog meat industry. This is the third year that HSI assisted Vshine’s participation in this widely publicized rally – Source: Peter J. Li. 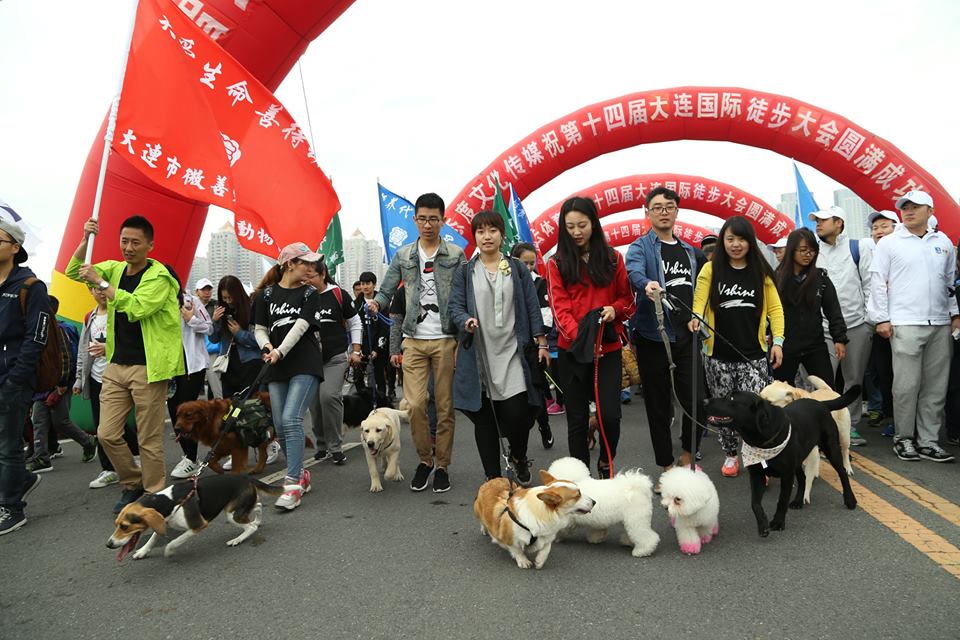 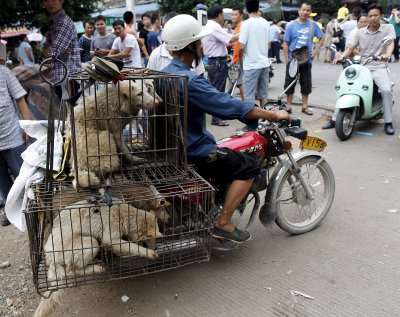 A vendor carries dogs in a cage on his motorbike at Dashichang market in Yulin – Source: Reuters