An economic study released on the first day of Safari Club International’s (SCI) annual convention in Las Vegas finds that trophy hunters have grossly overstated the contribution of big game hunting to eight African economies and that overall tourism in Africa dwarfs trophy hunting as a source of revenue. 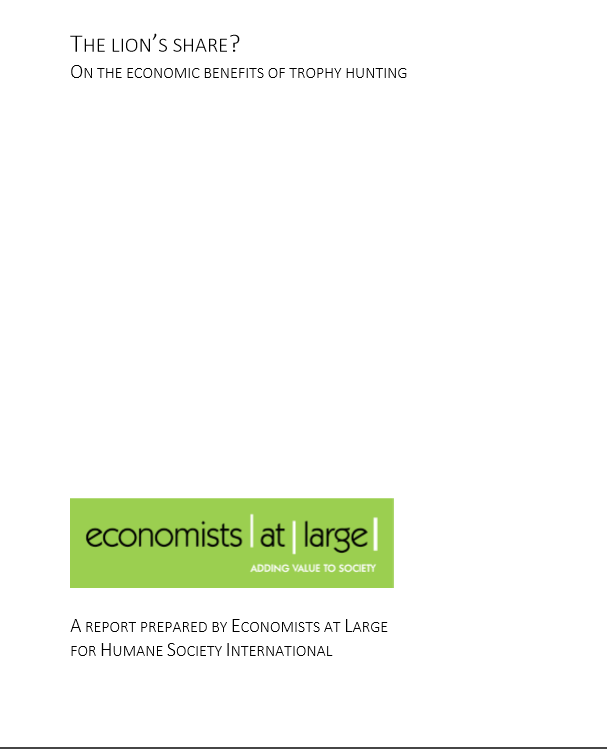 The new report, commissioned by Humane Society International and conducted by Economists at Large, finds that in Botswana, Ethiopia, Mozambique, Namibia, South Africa, Tanzania, Zambia and Zimbabwe, trophy hunting brings in just 0.78 percent or less of the overall tourism spending and has only a marginal impact on employment in those countries, providing approximately 0.76 percent or less of overall tourism jobs. The total economic contribution of trophy hunters is at most an estimated 0.03 percent of gross domestic product (GDP).

As the trophy hunting advocacy group gathers in Las Vegas this week for its 2017 Annual Hunters’ Convention, the Economists at Large/Humane Society International analysis directly refutes a 2015 report commissioned by SCI that vastly exaggerated the economic contribution of trophy hunting in Sub-Saharan Africa, and has often been cited by trophy hunters attempting to defend their ‘pay to slay’ activities. The analysis from Economists at Large identifies serious methodological flaws in SCI’s previous claims.

Masha Kalinina, international trade policy specialist for Humane Society International, says: “For too long, trophy hunters have tried to justify their activity by falsely claiming that their killing helps local economies. As this new report shows, those claims are a sham. In the African countries studied, trophy hunting contributes virtually nothing to local economies or jobs, and is dwarfed in comparison to tourism overall, including eco-safaris reliant on the very animal species whose populations hunters decimate. It’s time to stop pretending that slaughtering big game and posing for morbid selfies by their slain bodies is anything more than killing for kicks.”

Findings from the report include:

As well as being cruel, trophy hunting is detrimental to conservation because: 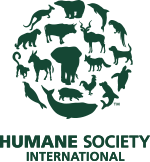