As Japan illegally continues to hunt whales in the Antarctic, we also have ‘dubious’ whaling and cetacean slaughter closer to European shores, in the Faroe Islands (willingly ‘assisted’ by the Kingdom of Denmark),  Iceland and still persists in Norway.

“Iceland and Norway are the only nations that openly defy the International Whaling Commission’s 1986 ban on hunting whales. Japan has used a legal loophole in the ban that allows it to continue hunting the animals in order to gather scientific data – but it is well known that whale meat from these hunts often ends up on dining tables.” The Guardian, 25 February 2016

In recent reports (The Guardian, 25 Februay 2016), it has been declared that there will be no hunting of fin whales in Iceland’s spring/summer whaling onslaught.

Hyalur is Iceland’s largest whaling company, where Director, Kristjan Loftsson told daily newspaper Morgunbladid on 24 February that his company would not be sending out vessels to slaughter the endangered fin whales. Loftsson did not cite the fin whales’ plight in his statement, but cited “difficulties exporting the meat to the Japanese market.” But it would appear Loftsson’s previous transit routes, to ship 1,700 tonnes of frozen whale meat (in defiance of the International Whaling Commission (IWC)) was ‘hampered’ by refusals for his shipments to enter ports on route and other ‘difficulties’ with Japan’s whale meat import procedures.

Last year, Loftsson’s whaling company is reported to have killed 155 fin whales, and a total of 706 since Iceland resumed commercial whaling in 2006. Iceland’s ‘stance’ contravenes the global moratorium on commercial whaling, but it’s not clear if Loftsson will again defy the IWC and seek to hunt other whale species this ‘season.’ 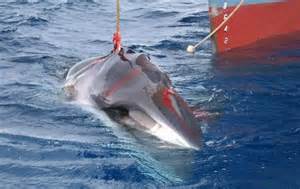 Apparently, Icelanders traditionally do not eat meat from fin whales in recent years (polls show that only around 3% of Icelanders claim to regularly eat any whale meat), making the world’s second largest whale a species hunted specifically with a view for sale into the Japanese markets (where it is alleged that dolphin and whale meat products are often mislabelled as ‘fish,’ but present a significant health hazard due to the toxicity of the meat with mercury, lead, cadmium, PCBs and DDTs absorbed from within the world’s polluted oceans). 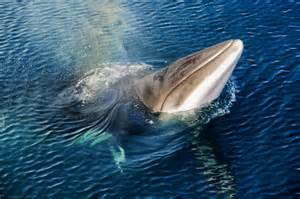 It is questioned whether Gunnar Bergmann Jonsson’s confident belief that he can hunt 50 minke whales this year is well founded, when his company struggled to capture and kill more than 29 minke whales in last year’s hunt (indicating a decline in species numbers in local waters perhaps?).

Gunnar Bergmann Jonsson asserts his hunting is sustainable and there are plenty of whales out there, but they have merely ‘changed their home range’ (to avoid him presumably). It’s not clear where Jonsson thinks the market is for his planned minke whale meat products, certainly the domestic market is not ‘keen’ and reportedly the ‘appetite’ for whale meat in Japan is decreasing.

Scientists at HAFRO, Iceland’s pro-whaling Marine Research Institute, admit that they don’t know enough about the abundance, home range and behaviour of minke whale stocks in those waters either.

So where is the independent, verifiable ‘science’ that says Iceland’s defiant whaling is ‘sustainable’ or indeed needed, based on market demand and the resulting whale meat’s toxicity, declared as a hazard for human consumption?