As we end 2019 and head towards 2020, the ‘line in the sand’ has been set, with increasing public awareness and empathy with the plight of wildlife.

In the New Year, there is the opportunity for the United  Kingdom to adopt tough hunting trophy import/export restrictions, sending a clear message and commitment to curtail the negative impacts of such imports and exports (including the UK’s own trophy hunting industry being reviewed as part of the  process). Meanwhile, the persecution of lions and other species targeted by trophy hunting culture continues….with reinstated elephant trophy hunting in Botswana proving unethical and on no recognisable conservation benefit.

The 2018 Ivory Bill has yet to be fully enacted, with an appeal against the Hight Court’s November 2019 decision to uphold the bill after judicial review – the privately funded appeal is anticipated around May/June 2020.

The United Kingdom’s own game-bird shooting industry and general licenses (for bird control) have been brought into focus by Wild Justice’s committed campaigning. 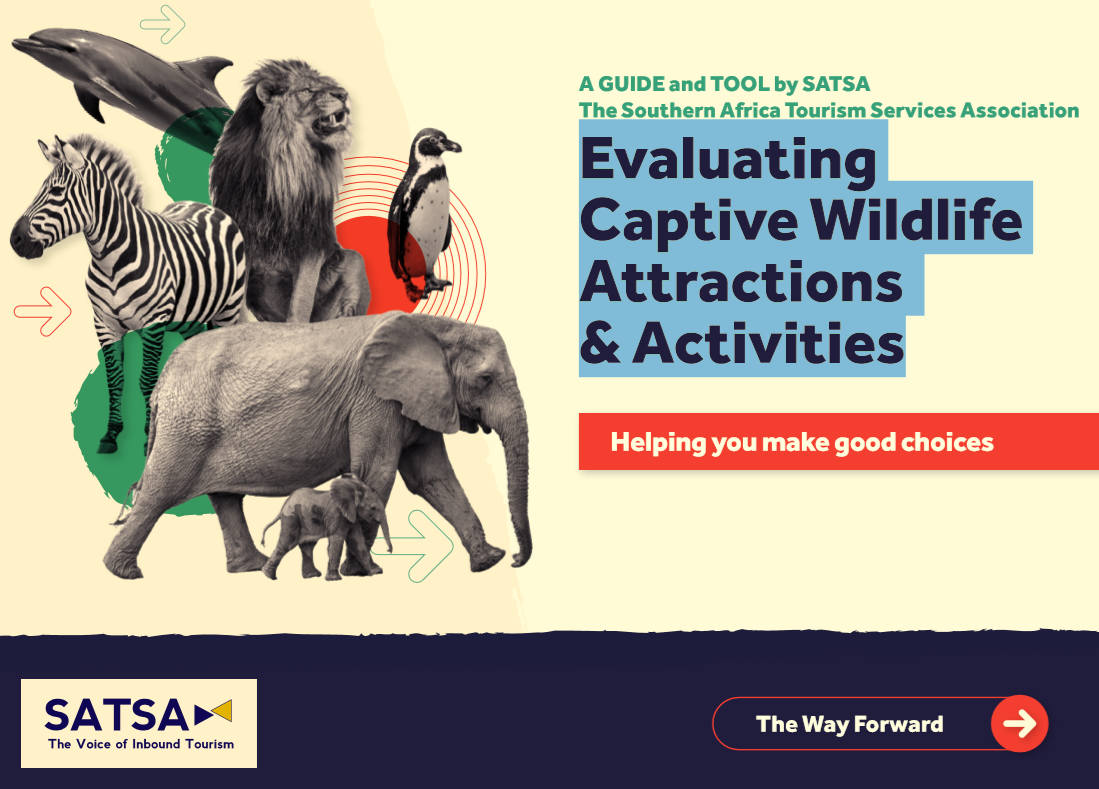 Hopefully, the Southern African nations tourism industry will adopt the guidance right up to government policy level (and ignore the dissenting voices of the “Captive Wildlife” lobby that promote the captive industry’s ‘business as usual’ approach).

The guidance concludes that “Canned Hunting” and other captive “Trophy hunting” activities are unacceptable practices (page 20 of the publicly available/downloadable ABTA ‘Overview Manual’) along with other captive animal interactions, such as “Tourist contact, feeding of and ‘walking with’ wild cats,” “Ostrich riding“………..elephant riding would be unacceptable under the term “Performances or tourist interactions involving animals where training involves punishment or food deprivation, causes the animal fear, injury or distress, or the tasks are not based on normal behaviour.” Elephants are subjugated by violent means so they can be ridden by tourists, which is not the elephants’ ‘normal behaviour.’

The guidance further clarifies that “Acquisition of any CITES Appendix I, II or III listed species [is unacceptable] except for demonstrable conservation or rescue/rehabilitation purposes” – so any hunting trophy activity needs to have proven, independent, peer reviewed evidence of its ‘conservation’ contribution (which is a ‘challenge’ for any captive sourced trophy) to satisfy the new ABTA guidance.

With regard to “free-roaming wildlife,” page 21 of the ABTA guidance deems “Trade….” and “Trophy Hunting” as unacceptable.

Meanwhile, in South Africa the ‘policy’ shifts seem to be pulling in opposite directions – with many captive wildlife species declared farmed product open to genetic manipulation – including lions, despite a 2018 Parliamentary Report calling for an end to captive lion breeding in South Africa, not encouraging new means to exploit captive bred lions.

In August 2019, the lion bone trade quotas set by the Republic of South Africa’s (Department of Environmental Affairs (DEA)) in 2017/2018 were declared unlawful – because animal welfare was not considered (by the then Minister, Edna Molewa) to be a function in the Minister’s decision making. The legal judgement made clear that animal welfare and conservation are intertwined objectives of South Africa’s constitution – the “sustainable utilisation” (sic) animal trade and exploitation cannot override such basic objectives.

“….appeared to be suffering from heat exhaustion and were living in dirty and unhygienic conditions – it was evident that their enclosures had not been cleaned in some time. Other issues found included tigers being confined with unpotable drinking water, inadequate shelter, and a lack of bathing facilities.” Where are tigers being bred in captivity in South Africa –

The results of the DEA’s September 2019 rhino horn trade consultation is awaited – potentially, falling within the remit (along with lion, leopard and elephant policies) of the recently announced High Level Panel, though the potential impartiality of the majority of this panel’s composition has been questioned.

The divisions within the scientific community appear to be increasingly fractured – with the compatibility of the  IUCN’s trophy hunting stance and its ethical and moral mandate publicly questioned and some scientist’s impartiality and analytical completeness thrown into stark relief – when such ‘science’ is open to accusations of pro-hunting funding influences and hence, criticism.

Zimbabwe exported 30+ baby elephant to China in October 2019, even after CITES CoP18 (August) Resolution (non-binding) calling for an end to such live exports that have no ‘proven’ conservation purpose:

“AGREES that where the term ‘appropriate and acceptable destinations’ appears in an annotation to the listing of Loxodonta africana in Appendix II of the Convention with reference to the trade in live elephants taken from the wild, this term shall be defined to mean in situ conservation programmes or secure areas in the wild, within the species’ natural and historical range in Africa, except in exceptional circumstances” –  Definition of the term ‘appropriate and acceptable destinations’ – CITES Conf.11.20 (Rev. CoP18)

The other main results from CoP18 was the up-listing of the Giraffe to Appendix II protection,  thus enhancing (in theory) the species’ protection from unregulated exploitation in the name of ‘Sustainable Utilisation’ from trophy hunting. Ivory and rhino horn trade proposals were rejected. The formation of a ‘Big Cat Task Force’ was also announced at CoP18, tasked with helping the global community tackle illegal trade in all big cat species – however, CoP18 failed to grapple with the thorny issue of legal lion bone exports originating from intensive captive breeding operations in South Africa, in spite of the considerable evidence that this trade presents a risk to wild lions. Nor did the meeting do anything to quash the immoral and corrupt practice of lion trophy hunting.

Let’s look forward to a Happy New Year for wildlife in 2020!