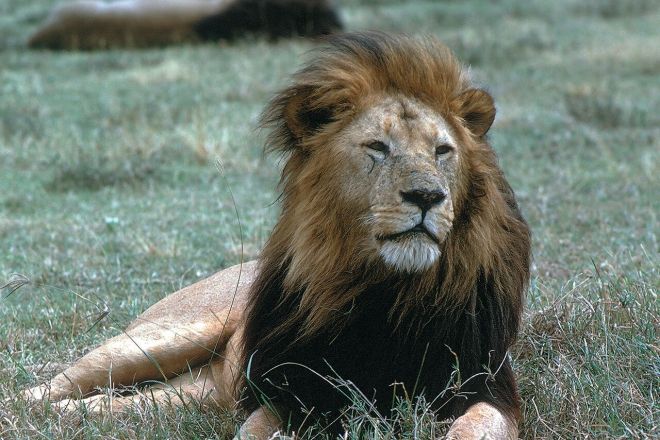 Minster Creecy (Minister of Forestry, Fisheries and the Environment) stated that the Cabinet accepted the majority of the HLP’s report’s recommendations to transform the sector, ‘restore and re-wild natural protected landscapes’ and adopt a ‘one welfare’ approach to wildlife and an more inclusive (‘transformative’) approach so all citizens/communities can ‘benefit.’ Minister Creecy stated that the Department is already working on implementation proposals, which will be released for public consultation in due course.

“Minister puts in place a process to halt and reverse the domestication of our iconic lions, through captive lion keeping, breeding, and commercial use, putting in place ethical and humane procedures for euthanasia of existing captive lions” – Report, Para 9.3.19.3, “Recommendations” page 329

But with the stated belief by Minister Creecy that this will help to re-establish South Africa’s reputation for “authentic hunting“[yet to be defined], which misses the point that trophy hunting itself does not align with today’s society or offer guarantees to sustain iconic species in the wild but perpetuates synthetic, gruesome, commercial exploitation.

“Explore and support alternative benefit streams to international ivory sales”….”Develop policy position stating that South Africa does not envisage submitting a trade proposal to CITES as long as current specified circumstances prevail”; and

“Develop and implement alternative benefit streams to international rhino horn trade”….”Policy position stating that SA will not propose or support amendments to the CITES appendices relating to South African rhino specimens” (“until these conditions are met” – Report, page 319), in the meantime recommending rolling back intensive captive rhino breeding within South Africa.

However, a rhino breeder (or rhino breeders’ representative) attending the presentation was clearly not happy that the HLP’s majority opinion (to step back and reconsider trade proposals for rhino horn trading) was being taken in preference to a perceived lack of priority for the captive rhino breeders themselves (the self-declared “rhino custodians“) seeking immediate proposals (at the next Conference of Parties (CoP)) to CITES for international rhino horn trading……Minister Creecy responded that engagement will follow with all stakeholders as a result of the HLP’s recommendations.

The initial conclusion is that the HLP majority opinion to “halt and reverse” the CLB industry is warmly welcomed (with proof of how and when awaited), but the pro-trade ethos is still evident within the HLP’s ‘thinking’ which has maintained (for now) the speculative hope (for breeders and poachers) that trading in ivory and rhino horn could be entertained, for example:

The continued persecution of leopards for trophies etc. is also perpetuated at Slide 10 to “Leverage the added-value benefit of hunting leopards” (sic) – as if there is only a positive upside in killing leopards when species numbers are unknown (ref para 10.2, pages 161 – 171), which just seems to perpetuate the pro-hunting/leopard attrition self-delusion. Elephant trophies are also still encapsulated (Slide 10) within “different trade and use options” it would seem, with no explicit reference to not (“authentically” or otherwise) trophy hunt elephants given, plus continued rhino trophy hunting (“authentically” or otherwise)………..and lion (as one of South Africa’s 5 iconic species – Report, page 50) continuing to still be “authentically” (sic) trophy hunted no doubt (“Hunting of ranched lions, managed wild lions and wild lions*“- Report, page 521 presumably) as per Skye for example (a protected ‘wild’ lion), despite the on-going controversy, cover-up and lack of any credible conservation imperative etc.

“Ranched Lions” – “Some [lions] are bred with minimal human imprinting (‘ranched’) and hunted in larger enclosures than their hand-reared counterparts” (Harvey 2018). How this lack of imprinting is categorically and independently proven in a given captive breeding facility’s lion stock remains opaque and therefore, is subject to manipulation for commercial purposes.

“Wild Lions” – “completely fulfil their role in biodiversity processes and are largely unmanaged, and exist only in formally proclaimed national parks and game reserves. Conservationists do not actively manipulate vital rates and lion demographics.” “Managed Wild Lions” -“include all lions that have been re-introduced into smaller fenced reserves (<1000km2), and are managed to limit population growth and maintain genetic diversity. Managers actively manipulate some vital rates and demographics” –  “Biodiversity Management Plan (BMP) for the lion (Panther leo) in South Africa,” 2015

Note: The error in Slide 9 – which refers to “ivory sales”  under the “Captive Lions” heading, when the lion bone trade is clearly the derivative traded product  – this was corrected by HLP Chair Pam Yako to be (minority 20.83% opinion) an ‘immediate and permanent ban on CLB, a moratorium on cub petting and lion walking and an industry exit strategy.’ The fringe (minority 16.67% opinion) view being that somehow self-regulation (‘fox in charge of the hen house’) of the CLB industry is the way forward, which seems implausible when any internal self-restraint within the CLB industry has been absent for decades……and self-regulation has been proven to be a toxic failure in the chemicals industry for example.

“Reflecting and Reporting on the HLP Recommendations. Blood Lions Webinar,” YouTube 14 May 2021