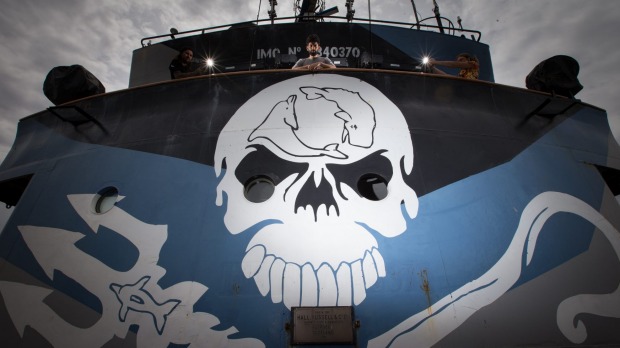 As Japan’s whaling fleet sets sail to (illegally) hunt for whales in the Antarctic today, the question must be has Japan abandoned the rule of law?

Despite the International Whaling Commission (IWC) banning commercial whaling in 1986, Japan  continued to hunt whales under the pretence of “research.”

Japan said it would abide by the 31 March 2014 ruling from the United Nations’ International Court of Justice (ICJ) ordering Japan to stop hunting whales off Antarctica.

Japan had long claimed that its programme to take minke, fin, and humpback whales in the waters surrounding Antarctica (referred to in the ruling as the Southern Ocean) was aimed at collecting “scientific data.”

The ICJ, headquartered at the Hague in the Netherlands, found that Japanese programme was not “scientific in nature” and that it could be considered “commercial whaling.”

Before the ICJ ruling, Japan was hunting a quantity which was close to 900 whales per season.

Japan has ‘explained’ its ‘reasoning’ with its usual nonsense that Japan needs to do this “to obtain information on the age of population and a second reason is to set the safe levels of catch limits and also, to ensure sustainability.”

In October, (Ref: Sydney Morning Herald, 19 October 2015) Japan moved to try and distance itself from future challenge to its Antarctic whaling in the ICJ. The Japanese government has also told United Nations Secretary-General Ban Ki-Moon in a special declaration that Japan will take a sweeping exception to the ICJ’s jurisdiction.

Japan says the ICJ’s jurisdiction “does not apply to … any dispute arising out of, concerning, or relating to research on, or conservation, management or exploitation of, living resources of the sea.”

No Japan – your ‘plan’ is a programme of ‘commercial whaling’ pure and simple, a clear breach of the IWC and ICJ rulings – Japan needs to receive a firm International response that its intentions are not acceptable now, or anytime in the foreseeable future.