“Giraffes, the gentle giants of the African savanna, are undergoing a silent extinction. According to experts, the wild giraffe population has declined by about 40% since about 1990. The main cause is habitat loss and illegal hunting for the bushmeat trade, but giraffes are also targeted by trophy hunters.” 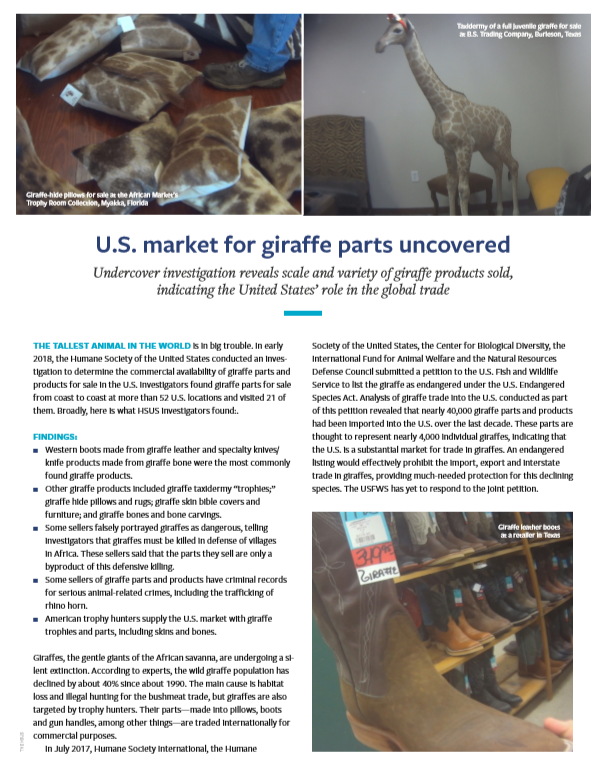 “Analysis of giraffe trade into the U.S. conducted as part of this petition revealed that nearly 40,000 giraffe parts and products had been imported into the U.S. over the last decade. These parts are thought to represent nearly 4,000 individual giraffes, indicating that the U.S. is a substantial market for trade in giraffes.”

So, United States trophy hunters are enjoying killing slow moving giraffe in increasing numbers – the giraffe species is under threat (“Vulnerable” (IUCN), but heading towards “Endangered“), but some think it’s fun to kill giraffe and turn their body parts/skin into ‘objet d’art’ – a virtually unregulated and sick profiteering exercise based upon wildlife exploitation.

I am sure deluded trophy hunters and their advocates will try to argue (where’s the scientific proof?) it’s somehow a benefit to conserve giraffe or others species, by blessing the giraffe with ‘value’ as shooting targets and turning the resulting dead giraffe into cushion covers etc. Or, trophy hunters trying to claim giraffes are dangerous (which is simply not true), so in fact ‘brave’ trophy hunters are providing an essential service saving African villagers’ lives – which is just another excuse morphed within the hunters’ self-delusion.

The reality is,  such trophy hunting is unethical (no matter what the excuses might be) and the hunters’ ‘off-take’ (killing) is contributing to the targeted species’ decline. 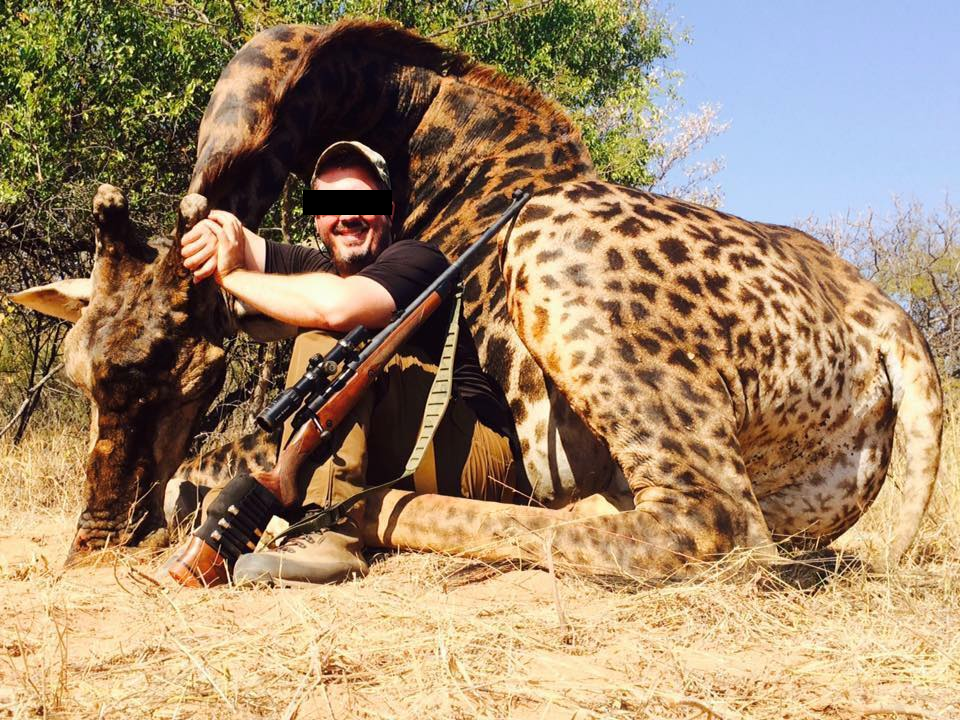 CoP18 Prop. 5  –   “Accepted at Committee, 22 August 2019” – “This proposal is to list Giraffa camelopardalis [Giraffe] in Appendix II of the Convention” thus enhancing (in theory) the species’ protection from zealous hunting attrition. The appendix listing now means that countries that export body parts from giraffes will now have to keep records of the exports and the trophy hunting of giraffes will now have to regulated (ie. there has to be some recognisable, science based hunting quota setting – in theory).

“US trophy-hunters import thousands of bones and skin parts from imperilled giraffes each year,” The Independent, 25 August 2018