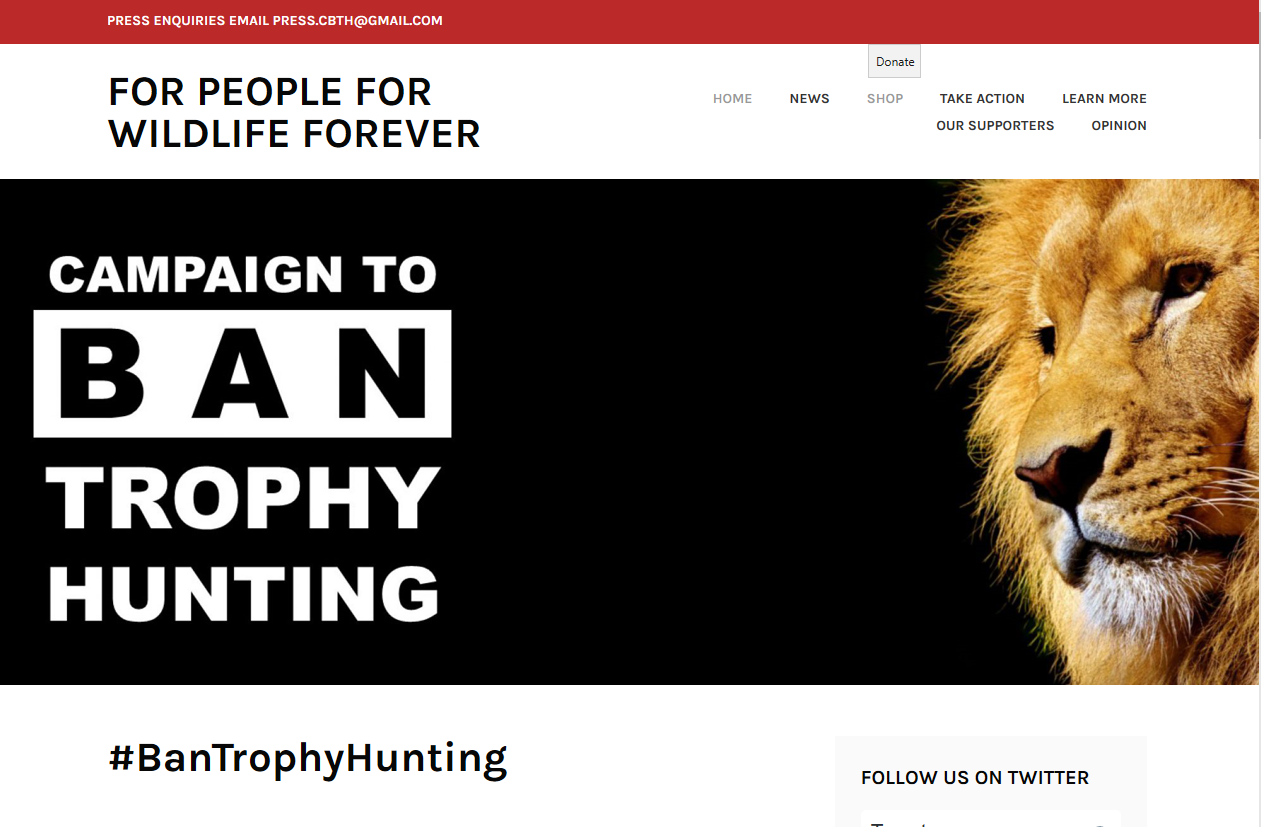 A gripping, terrifying and meticulous analysis of the misguided, corrupt, morally bankrupt domain of the global hunting industry’s perversion in the name of profit from animal cruelty and exploitation. 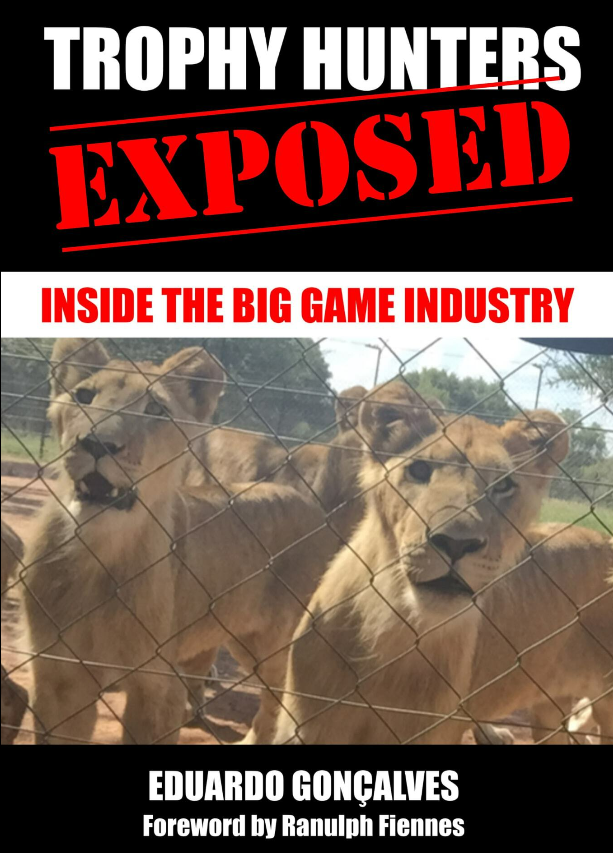 “The trophy hunting industry’s ‘conservation’ façade is comprehensively dismantled in this fast-paced, forensic investigation. The reader is left in no doubt as to the powerful interests behind this cruel bloodsport, and the damage inflicted on the survival of some of the world’s most vulnerable and endangered species. The case for abolition of this archaic pastime has never been made in such a compelling manner” – Nada Farhoud, Environment Editor, Daily Mirror

“It is beyond me that people can get satisfaction from such an unnecessary, senseless and brutal activity. The cruelty endured by these poor animals, who suffer a slow and agonising death, is completely irrational. ‘Trophy Hunters Exposed’ is a powerful call for action” – Jeremy Cooper, ex-CEO, RSPCA

“This extensively researched book provides a hard hitting and uncompromising expose of Trophy Hunting which is no more, no less, that the ultimate manifesto for its abolition. In this post Covid World into which we are tentatively emerging, Mr Goncalves has deployed his outstanding expertise to provide us with a timely reminder as to the respect and compassion which we must show to all life that we share this planet with” – John Cooper QC, former President and Chair of the League Against Cruel Sports, animal welfare lawyer

“If this book doesn’t get trophy hunting banned I don’t know what will. This is an incredible investigation that reveals everything the industry would rather you didn’t know” – Judi Dench

“The new handbook for campaigners against trophy hunting has arrived. ‘Trophy Hunters Exposed’ is essential reading for every individual ready to take action against the brutal and unethical killing of wildlife for entertainment. Not an advocate for change yet? You will be after reading this comprehensive exposé of an industry built on cruelty and narcissism that treats innocent lives as mere commodities“- Carrie LeBlanc, Executive Director, CompassionWorks International/World Rally Against Trophy Hunting

“If there’s one book to buy about animals this year, this is it. Trophy hunting is legalised animal abuse on an industrial scale. We cannot call ourselves civilised while we allow trophy hunting. ‘Trophy Hunters Exposed’ tells us why we must abolish it. Now” – Joanna Lumley

“An excellently researched and thought provoking book.  As a society we should be decrying the trophy hunting industry on both moral and ethical grounds.  It is indeed shocking that so few very wealthy people have held the rest of the world to ransom in their quest for gratification.  It is indeed shameful that we have allowed this to happen” – Linda Park, Co-Founder & Director, Voice4Lions

The Mail on Sunday, “‘Saviour’ of Africa’s wildlife is revealed as cold-hearted killer: TV host Ivan Carter is caught on camera revelling in slaughter of elephants and lions,” 31 May 2020

The Times editorial, “The Times view on importing animal trophies into Britain: Killing for Sport,” 25 May 2020

The Times, “New book reveals the British businessmen with trophy hunting blood on their hands,” 25 May 2020

The Daily Mail, “Making a killing: The British businessmen linked to ‘big game’ trophy hunting who proudly pose with carcasses of elephants, lions and zebras are revealed in new book,” 25 May 2020

The Mirror, “Brit who arranges safaris to slaughter young lions poses in sickening photo,” 25 May 2020